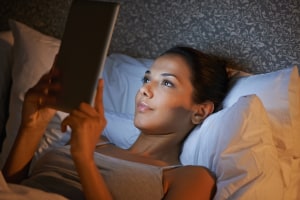 The advertising industry’s lack of understanding about transference means many brands are missing out on its benefits in digital environments, says MediaScience CEO Dr Duane Varan.

Transference refers to how an ad is influenced by the environment it is placed in, a theme audience research lab MediaScience has extensively studied the benefits of. Dr Varan says advertisers’ lack of understanding of how it works means brands are not taking full advantage of transference.

“The market has a fairly simplistic understanding of how transference works,” he says.

“The way the market generally understands it is around emotional congruity. And that is certainly one effect. If there’s a sitcom and it’s funny, you’re more likely to laugh at an ad than you otherwise would. So people who have a funny ad are more inclined to put that in a funny program. That’s generally how the market has understood transference but that’s just one way value can be delivered.”

“For example, sports is about the transfer of excitement, it’s not about an exciting ad. The ads benefit from people who are more likely to perceive the brand in a more favorable light because they’re in an excited mood. It’s an excitation transfer effect rather than an emotional congruity effect.”

The way transference works means that advertisers can benefit from it in unlikely places. For example, inserting ads within news environments – even if it’s a negative news story – can improve recall because audiences are more alert when consuming news.

“The research we have done shows that contrary to expectations, news is actually a better environment for ads. But, perhaps even more surprisingly, negative news stories do better than positive news stories, which is truly counterintuitive,” Dr Varan says.

“The reason for this is, generally, you care more about the negative stories. Those stories have more gravity to them so your brain is in higher gear than it is with a feel-good positive story.”

But beyond that, MediaScience’s research for US TV networks has also found that with such stories, mood repair kicks in, where ads help shift their state of mind.

“Ads often help people return to a positive state,” Dr Varan says. “A lot of ads are generally funny, they’re generally feel-good and so they can play that role for a person subconsciously in restoring mood.”

“People don’t do this knowingly, but it has that role of helping restore them back to their sense of balance. So that’s another reason why it can also be possible.”

And MediaScience’s research has found support for at least seven other types of transference effects, each working in very different ways.

ThinkPremiumDigital general manager Venessa Hunt says digital marketers have tended to overlook transference because of their focus on simply reaching the right audiences.

However, Hunt says the increased focus on contextual targeting due to the demise of third-party cookies means this is becoming an increasingly important tool for advertisers.

“When digital had less touchpoints for consumers and commanded a smaller share of investment, most brand building was done offline,” Hunt says.

“However, as digital experiences have matured to become the primary or first touchpoint for consumers, the opportunity to brand build in digital has opened up. Understanding the different types of positive brand transference will help brands to better invest to build brands in digital environments.

Dr Varan adds that the market also needs a stronger understanding of addressability which, when combined with context, can boost campaign performance.

MediaScience looked at the fusion of the two for sports channel ESPN. The broadcaster used data to target sports fans delivering ads to them based on whether their team was winning or losing.

“So sitting down and trying to optimise the messaging based on the emotional state of the respondent is a great example of where context meets addressability. But the market is very far from that level of sophistication.

“We just need more appetite. We need more hunger for understanding context and understanding the key to successful addressability, rather than just going on the assumptions of the market. There are players that do it better but, as an industry, we still have a long way to go.”

Hunt is optimistic the market will advance in this area, saying some clients are already there. However, the general lack of understanding means many brands aren’t doing simple things such as using dynamic creative to reach the right consumers in the right way.

“Finding that sweet spot between addressability and context means your results can be supercharged,” Hunt says.

“What’s held us back historically is the cost associated with production. But the use of technology and automation to reduce some of those creative costs is helping.

“I think there will be a hockey stick effect where we’ll start to see a huge lift in people bringing both addressability and targeting or audience capability together to get better results.

“With all the data and privacy changes happening, we are looking at the biggest shift we’ve seen since the inception of digital advertising and so the focus back onto context and creativity has never been as important as it is right now.”

Have something to say on this? Share your views in the comments section below. Or if you have a news story or tip-off, drop us a line at [email protected]